Your New Oliver Wicks Suit -
Half Canvas Vs Full Canvas 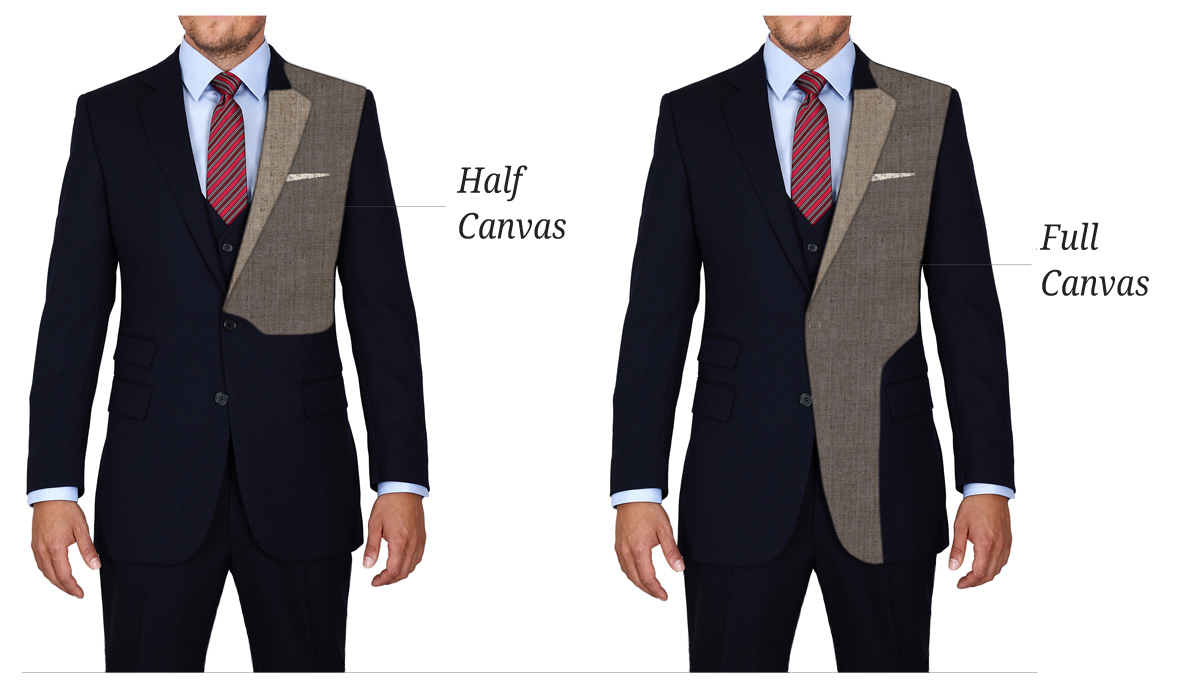 Buying a new tailor-made suit can be a daunting experience, not least because of the sheer number of options that come with the customisation process - you’re presented with choices you simply don’t have when buying an off-the-rack suit in a retail store.

On top of that there’s the jargon; different features of a suit’s design have specific names that aren’t always familiar, and before you know it your head can be spinning from the overwhelming onslaught of specialist terminology!

Fear not! We’re here to help.

A term many people don’t encounter until venturing into the world of made-to-measure and bespoke suiting is “Canvas”, so it can be a source of much confusion. More specifically, this refers to what is also known as a “Canvas Interlining”.

The Canvas Interlining is typically made from horsehair (often blended with cotton) or synthetic material and, as the “Interlining” part suggests, a layer of this material is sandwiched between the cloth you see on the outside, and the lining you see on the inside. The purpose of the Canvas Interlining is to help give the suit jacket support for its shape, a bit like a skeleton - indeed, this internal layer (along with other hidden components, such as shoulder padding) is also often referred to as a suit’s “structure”. 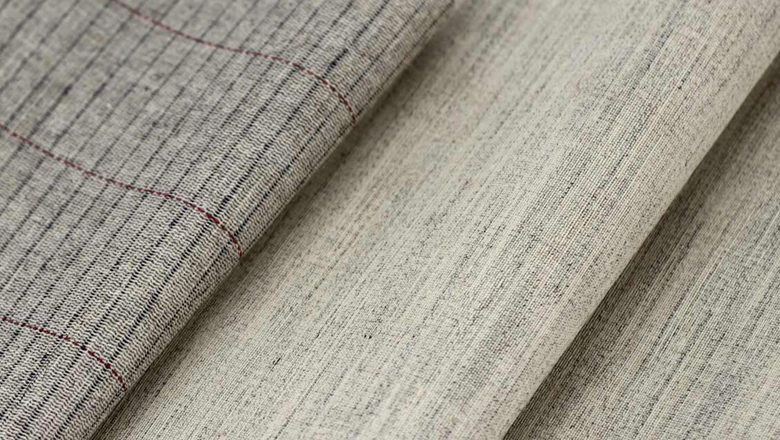 Canvas helps the jacket sit, hang and fit better on your body - what’s known as the “drape” - and allows the suit to ultimately achieve what it’s designed for: to accentuate the shape of the masculine physique. What’s more, this means a well-made suit with a canvas construction will actually feel and look better with age - think of it like a good single malt!

As you can see from the diagram, the Half Canvas construction quite literally extends from the padded shoulder to about halfway down the jacket body. This allows for a robust and well-shaped shoulder structure - a very important part of a well-fitting jacket - and also ensures the jacket tapers elegantly towards the waist.

Because it requires considerably less work than Full Canvas, Half Canvas is a cheaper option while still providing much-needed structure. It will feel noticeably more robust, comfortable, and will be better-fitting than a suit without canvas, but is also lighter and less structured than a Full Canvas - however, with that said, many customers actually prefer the lighter weight and less-structured feel of Half Canvas. 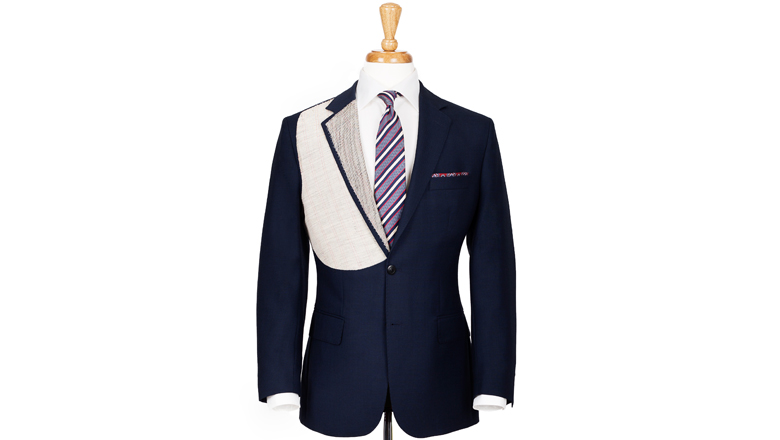 The Full Canvas option extends further down the jacket’s front, adding additional structure and weight, allowing the jacket to mould more accurately to your shape with a superior drape. In short, a Full Canvas suit will fit better than any other option.

Canvas also has the advantage of improving the durability of a jacket by distributing tension from stress points (such as the elbows and shoulders) and helps it cope with the rigours of dry cleaning, and of course this is even more relevant on a Full Canvas suit as there’s more canvas to provide the added durability.

The only real downside to a Full Canvas suit is the added cost, as it’s a more involved process which takes much longer to complete. However, there is once again an element of personal preference here - Full Canvas does feel heavier and more structured on the body; some customers prefer this, while others favour the more lightweight feel of Half Canvas.

Both our Half Canvas and Full Canvas construction also extend the canvas into the jacket lapels, which are pad-stitched. This is vital for giving them the correct shape and support, as well as enabling a smooth lapel roll.

What’s a lapel roll and why do I want a smooth one? Good question.

If you look at the front of a jacket you’ll notice that the lapel is actually a section of the jacket that is turned back on itself - from the collar, down to the buttoning point at the waist. Therefore, the lapel roll refers to this length of turned back - or “rolled” - fabric. On a poorly made suit lacking a proper canvas structure the lapel is quite often pressed flat with a crease, it is lifeless and lacks any of the gently curving and attractive looking “roll” whatsoever.

A Word On “Fused” Suits

The parts of the suit jacket body which are not canvassed (as per the diagram) use what’s called a “fused” interlining; this is a composite of various materials which are fused or laminated together via a heat treatment process. This stiffens the cloth slightly, and is quicker and easier to produce than canvas, but does not really provide the same properties as true canvas - therefore, on a good quality suit, the less fused material and more canvas the better.

However, the fusing process has been refined considerably with modern technology and materials - in the past there were sometimes problems with delamination, and you may have heard horror stories of suits “bubbling” over time. Thankfully, this isn’t something to worry about so much these days, and using some fusing in a suit’s construction is normal, and indeed, in many cases, desirable to reduce costs.

What is common but NOT so desirable though, is suits which are entirely fused, with no Canvas Interlining whatsoever, known as “fully fused”. Here at Oliver Wicks we do not offer a fully fused option, and the fusing we do use in our Half Canvas and Full Canvas options is a thin layer of what’s called “skin-fusing” which is lighter and very unlikely to delaminate or bubble. On the contrary, skin-fusing often results in a longer lifespan for many lighter-weight suiting fabrics commonly used today.

Many brands (and no, we won’t name names!) also offer Half-Canvas suit option which lack the important canvas structure and pad-stitching in the lapels - this can sometimes be referred to as a floating chest piece, the suit may instead have a piece of canvas, possibly with some felt and other materials inside the chest, while the rest of the suit is fused, including the lapels. Again, this lack of support in the lapels makes them flat, thin, floppy and lifeless.

The days when poor quality fusibles bubbled and ruined many jackets are mostly gone, but you should generally stay away from fully-fused garments. Probably other compromises were made in the sourcing of the fabrics, trimmings, and in the construction of the jacket. Go with our default half-canvas construction for an excellent roll of the lapel and a light drape - or upgrade to full-canvas for a more structured feel.