The super numbers are one of the greatest myth in contemporary menswear. This beast of modern wool grading has led many to believe that the higher the super number, the better the fabric and the suit. That, however, is not necessarily the case. It is more important to consider the mill, which will ensure the quality of the fiber, weave, dying and finishing and, hence, the overall excellence of the fabric.

The super numbers have been getting increasingly higher in the last 10 years with advancement in spinning machines. What was once used merely to describe the number of hanks (560-yard-long spools of yarn) in one pound of wool is now a misguided status symbol. Finer fibers that produce fabrics with super numbers of 150s and higher are more expensive not so much for quality reasons, but rather because they are more difficult and time-consuming to produce and the raw material is rarer. While they may be softer and silkier to the touch, they are also prone to show more signs of wear with time, become shiny and wrinkle faster than their lower-graded counterparts.

What matters most when picking your suit are the look and the fit. Everything else is just for show. 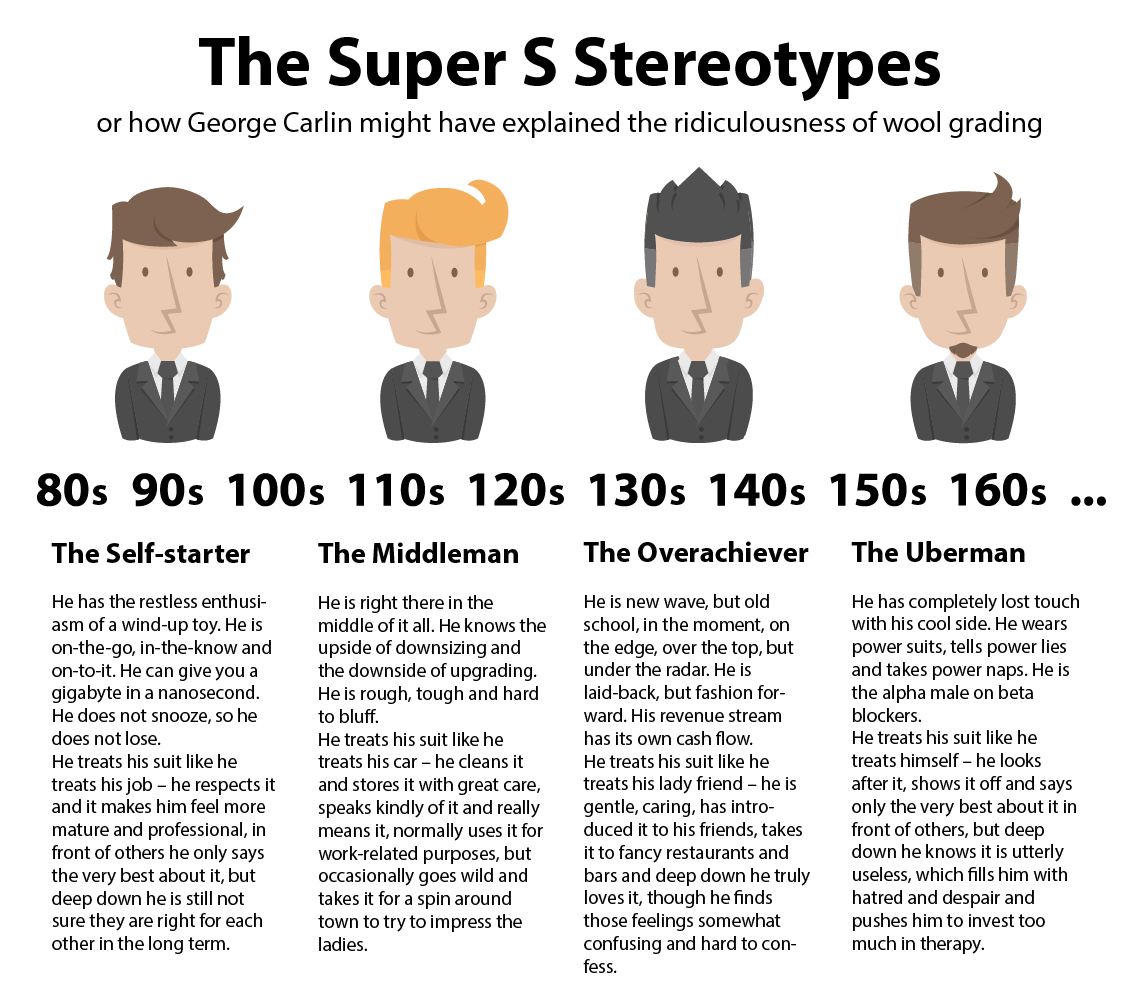